EXIN / Resources / Collaboration Agreements -A key to the SIAM puzzle

Collaboration Agreements -A key to the SIAM puzzle

Today most organizations have multiple IT service providers as their suppliers to cater to their singular or multiple IT needs. Typically, these providers operate in silos and, as a result, they contribute to lost or reduced focus on overall business service delivery. This, along with many other challenges specific to the multi-supplier ecosystem, resulted in Service Integration and Management (SIAM) being developed as an answer to most of these issues. Service Level Management evolved to have SIAM SLA (Service Level Agreement) as an overarching SLA aligned to the business SLAs. The corresponding supplier SLAs are accordingly harmonized to ensure that business services are delivered in accordance with the commitments made to the business. But this did not eliminate the siloed approach to business service delivery.

IT organizations still face a key challenge that is critical to the success SIAM once it’s adopted –How do we ensure that the suppliers collaborate? The answer is to build a collaborativeculture across the organizations’ multi-supplier ecosystem. But how can this be achieved? By establishing ‘Collaboration Agreements’ with each of the suppliers, irrespective of the SIAM model that the organization adopts. Since the word agreement gives a sense of legal liability, it can be also referred to as ‘Commandments of Collaboration’ or ‘Collaboration Principles’.

If the organization is a first-time outsourcer, then things are much simpler as they can build the ‘collaboration terms’ into their supplier contracts. Otherwise, they will have to establish the terms separately. In this case, the retroactive introduction of such terms becomes a demanding task. Unless their contract has a clause regarding contract period modifications in their favor or their supplier is prepared to accept the new clauses readily.

In these kinds of scenarios, it is feasible to establish the terms as part of the legal conditions of the contract. Alternatively, if the legal route is not viable, another option is to agree on ‘principles’. This entails establishing a set of ground rules for collaboration without much legal binding or liability factored in. These types of agreements are referred to as a soft contract.

What are Collaboration Agreements?

As discussed earlier on, the content of the collaboration agreement should be guided by the influence the IT organization has on its suppliers. Accordingly, a Collaboration Agreement will contain one or more of the following clauses and may include some others as well.

Things that must be taken care of for successful execution of Collaboration Agreements:

Sumit K. Jha is an expert in IT strategy, SIAM, ITSM and Transformation. He has transformed & empowered organizations with tools, techniques, and strategies to establish the competitive edge. He heads the Cross Functional Services (CFS) presales function for a leading multi-national IT services provider. He has co-authored a book about SIAM -“Making SIAM Work: Adopting Service Integration & Management For Your Business”. He is an author of “Tackling Roadblocks During IT Implementation” and eBook “ITIL & Cloud Computing -A Glance”. He is a Speaker at various international/national forums and is an honorary member (Industry Expert) of Board of Studies (Faculty of Computer Studies, Symbiosis International University). 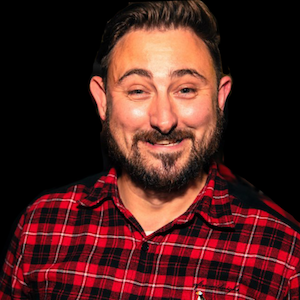 "As a consultant, having the Digital Service Manager badge acts like a shop window display for potential customers, as it helps them to evaluate my sk... 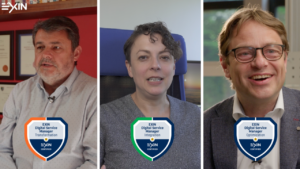 Digital Services – the Future of (IT) Service Management?

EXIN's latest video is a deep dive into how digital service management positively impacts their work and life. This ties into EXIN's belief that one s...